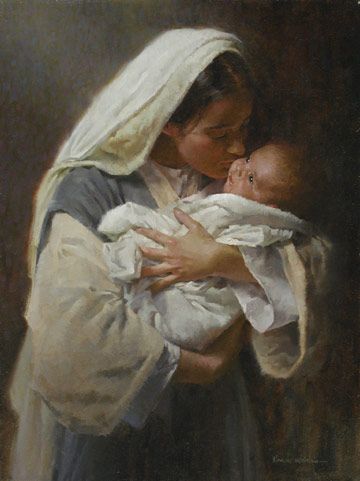 Oh I just couldn’t help but share this age old story wonderfully written by the Lord before the world began. It blew me away & brought such awe and wonder & reverence to my heart. I was reminded afresh the perfect wisdom and intricate detail that is woven in everything He creates. And how the Gospel was so perfectly displayed at Christ’s birth and carries us all the way to Calvary.

The Tower of the Flock called Migdal Eder. According to Genesis 35 we know this is were Rachel was buried and it is called Bethlehem in this passage and there is a lot of significance there in Genisis 35 if you dig. This is where God says to Jacob “You are no longer called Jacob but Israel.” and in the same passage Rachel, whose name means Ewe (as in a sheep) dies during childbirth. And we see the Tower of the Flock referenced in Micah 4:8 where is says, “And you, O Tower of the Flock, the stronghold of the daughter of Zion, to you it shall come, even the former of dominion shall come the Kingdom of the daughter of Jerusalem.” Upon further investigation there is so much beauty surrounding all of this.

According to early Jewish writings we find that sheep born anywhere in the vicinity of Bethlehem would be for temple sacrifice. There is a strong evidence from early Jewish writings and traditions of that time that the shepherds whom the angels appeared to were, quite possibly, the shepherds who kept watch over the sheep designated for temple sacrifice.

“In those days Caesar Augustus issued a decree that a census should be taken of the entire Roman world. (This was the first census that took place while Quirinius was governor of Syria.) And everyone went to their own town to register.

So Joseph also went up from the town of Nazareth in Galilee to Judea, to Bethlehem the town of David, because he belonged to the house and line of David. 5 He went there to register with Mary, who was pledged to be married to him and was expecting a child. 6 While they were there, the time came for the baby to be born, 7 and she gave birth to her firstborn, a son. She wrapped him in cloths and placed him in a manger, because there was no guest room available for them.

And there were shepherds living out in the fields nearby, keeping watch over their flocks at night. An angel of the Lord appeared to them, and the glory of the Lord shone around them, and they were terrified. But the angel said to them, “Do not be afraid. I bring you good news that will cause great joy for all the people. Today in the town of David a Savior has been born to you; he is the Messiah, the Lord. This will be a sign to you: You will find a baby wrapped in cloths and lying in a manger.”

Suddenly a great company of the heavenly host appeared with the angel, praising God and saying,

“Glory to God in the highest heaven,
and on earth peace to those on whom his favor rests.”

When the angels had left them and gone into heaven, the shepherds said to one another, “Let’s go to Bethlehem and see this thing that has happened, which the Lord has told us about.”

So they hurried off and found Mary and Joseph, and the baby, who was lying in the manger. When they had seen him, they spread the word concerning what had been told them about this child, and all who heard it were amazed at what the shepherds said to them. But Mary treasured up all these things and pondered them in her heart. The shepherds returned, glorifying and praising God for all the things they had heard and seen, which were just as they had been told.”

((This will be a sign to you)) you will find the baby wrapped in swaddling clothes lying in a manger.

Scholars say the Luke’s audience would have immediately known the significance of the Bethlehem shepherds watching their flocks by night. Aware of the Old Testament and the Jewish temple worship of the day they would have known when you say Bethlehem you meant sacrificial lambs. According to the Torah two lambs were required for a daily sacrifice in the temple meaning that 730 were needed each year plus the tens and thousands needed for Passover and other religious rituals. Since every event in Jesus’ life pointed to his death, prophesied long before that, His birth went right in line with all of it. The angels instructed the shepherds “You will find a baby wrapped in swaddling clothes lying in a manger.” The shepherds immediately responded “Let us go to Bethlehem and see this thing that has come to pass which the Lord has made known to us.” And in studying these things we realize the shepherds knew exactly where to go. There was no need for the angels to give specific directions to the birth place because they maybe really knew. These are the men who raised the lambs for sacrifice. According to Jewish writings during lambing seasons the sheep were brought to the tower of the flock from the fields throughout Bethlehem and the lower level of the tower was used as the birthing room for the sacrificial lambs being themselves under special rabbinical care, these priestly shepherds would strictly maintain a ceremonially clean birthing place or these lambs. Thank nice birthed the shepherds would routinely place the lambs in a depression of limestone rock known as, the manger and would wrap the newborn lambs in swaddling clothes preventing them from thrashing about and harming themselves until they had calmed down so that they could be inspected for the quality of being without spot or blemish. So when the angels appeared to these Bethlehem shepherds the imagery was all immediately there for them. They knew what the manger of Bethlehem meant and the sacrificial lambs were laid in it and were swaddled, they were inspected to be without blemish. Knowing the Old Testament through and through and understanding blood sacrificing covenant it’s entirely possible that they would understood the significance right away. That this is the Lamb of God born for sacrifice.

All those who heard the shepherds glorifying the Lord wondered at what they were told. Just ponder the depth of the Good News the shepherds were told on that cold winters night!

Oh, the call of a shepherd in a field nearby

To tend and to carry his flocks by night

They were not ordinary sheep; they were set apart,

Born to be Passover lambs.

And when a spotless male was born, he was held on the manger floor.

Swaddled up just to keep him calm until his time, and the shepherd sang:

Wrap this one up. He is a lamb without blemish.

Wrap this one up. He’ll make his way to the temple.

Born for sacrifice, he’ll join the others and pay the price.

Oh, the call of a mother in a town nearby

To tend and to carry on this holy night

Not an ordinary Child, but the Son of God,

Breathed by the Holy Spirit.

And when the Baby King was born, He was held on the manger floor.

As she swaddled Him up, she knew His time would come as she sang:

Wrap this one up. He is the One that we adore.

Wrap this one up. He’ll wear the crown forevermore.

He’s come for you and me. He’ll finally set us free.

Oh, the call of a Savior on a hill nearby.
All alone, He would carry the weight of all mankind.
Becoming the curse for us, He gave His life
For He knew that His time had come.

Most of the words above I just jotted down from Christy Nockles podcast The Glorious in the Mundane when she shared the inspiration behind her beautiful song “Wrap This One Up”. If you would like to listen to her podcast were she shares this CLICK HERE. Have a rich, blessed, and Merry Christmas friends! Let us ponder this awe invoking revelation that our King Jesus was wrapped at birth. The most priceless gift ever given was wrapped up, placed in a manger signifying this is the Lamb of God that would become the sacrifice for our sins so we might be washed white as snow. Wrap this one up. He is a lamb without blemish. Wrap this one up. He’ll make his way to the temple. Born for sacrifice, he’ll join the others and pay the price. Wrap this one up. Wrap this one up.